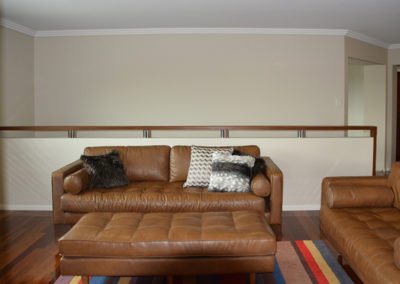 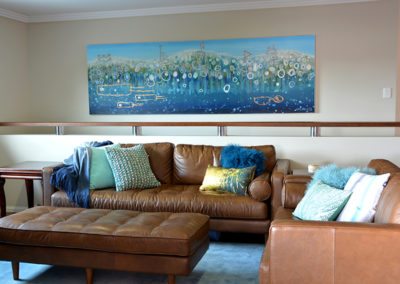 >> The brief: Julie booked an appointment to create art for her new home’s stairwell cavity that would complement her other three workshop artworks, but this time, she wanted her two boys to experience it, and, she wanted to use the artwork for her business!

>> Our strategy: At the appointment, Sharron created a simple design to meet the brief and be accomplished with herself supervising the family workshop. Just as well for boys will be boys! Sharron also suggested that our Interior Designer Taryn Whitaker from Assorted Spaces further the established style with new rugs, wallpapers and accessories to achieve a relaxed but elegant, colourful and uncluttered family home.

>> The results: “When we moved house and were looking to fill some of the empty walls and decided it would be a wonderful idea to commission art from Sharron again. Despite my tall order to involve our boys aged 4 and 8, Sharron managed to weave her magic over the 290cm x 91cm canvas, getting both boys actively involved! I’ve had comments like, ”That’s the coolest thing I’ve seen in a long time.” Taryn’s beautiful interior decor was simply the icing on our cake. Thank you Sharron and Taryn!” Julie & Giles, Petrie 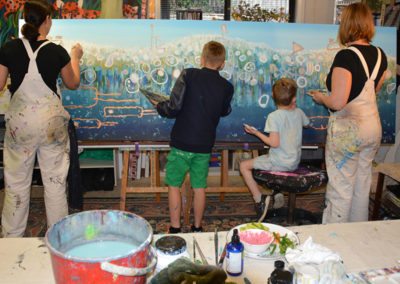 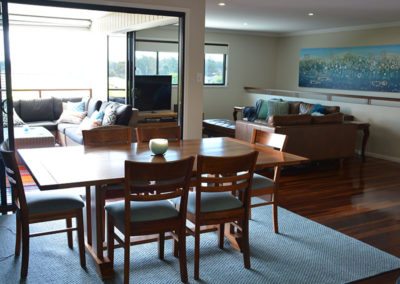 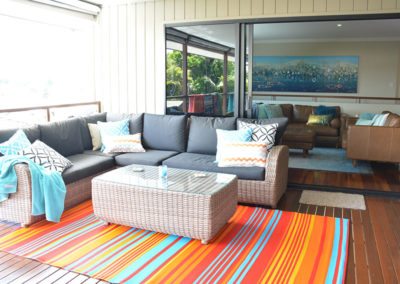 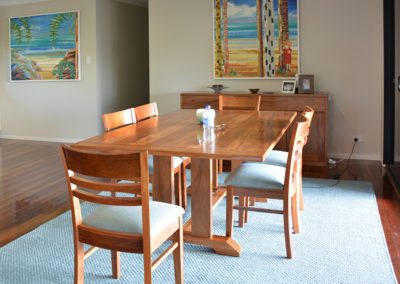