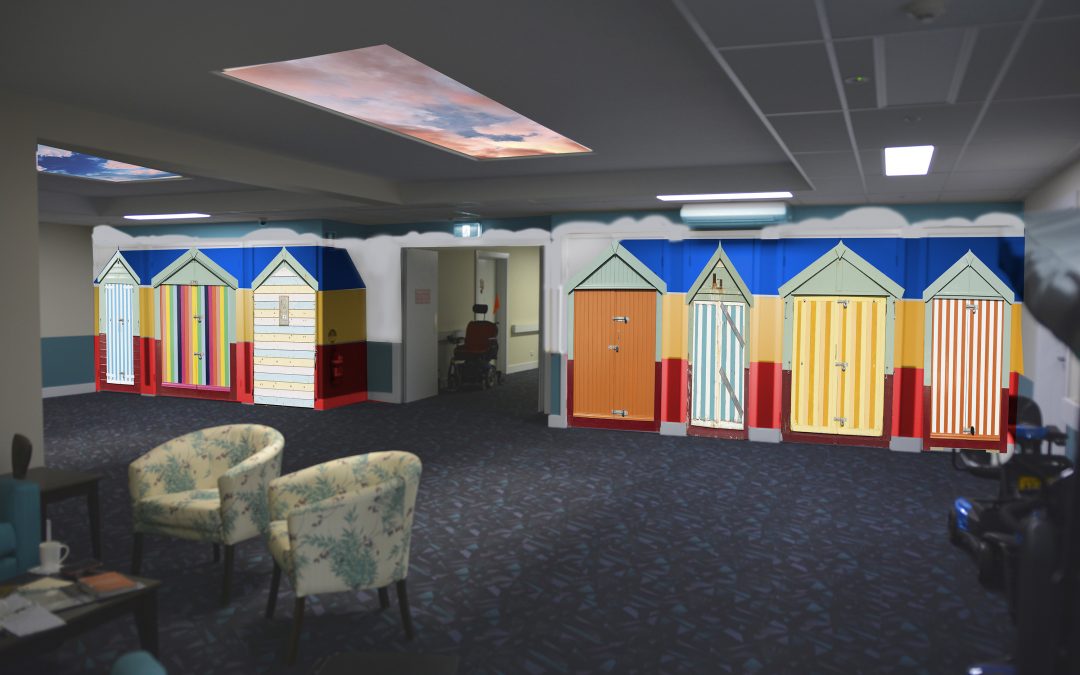 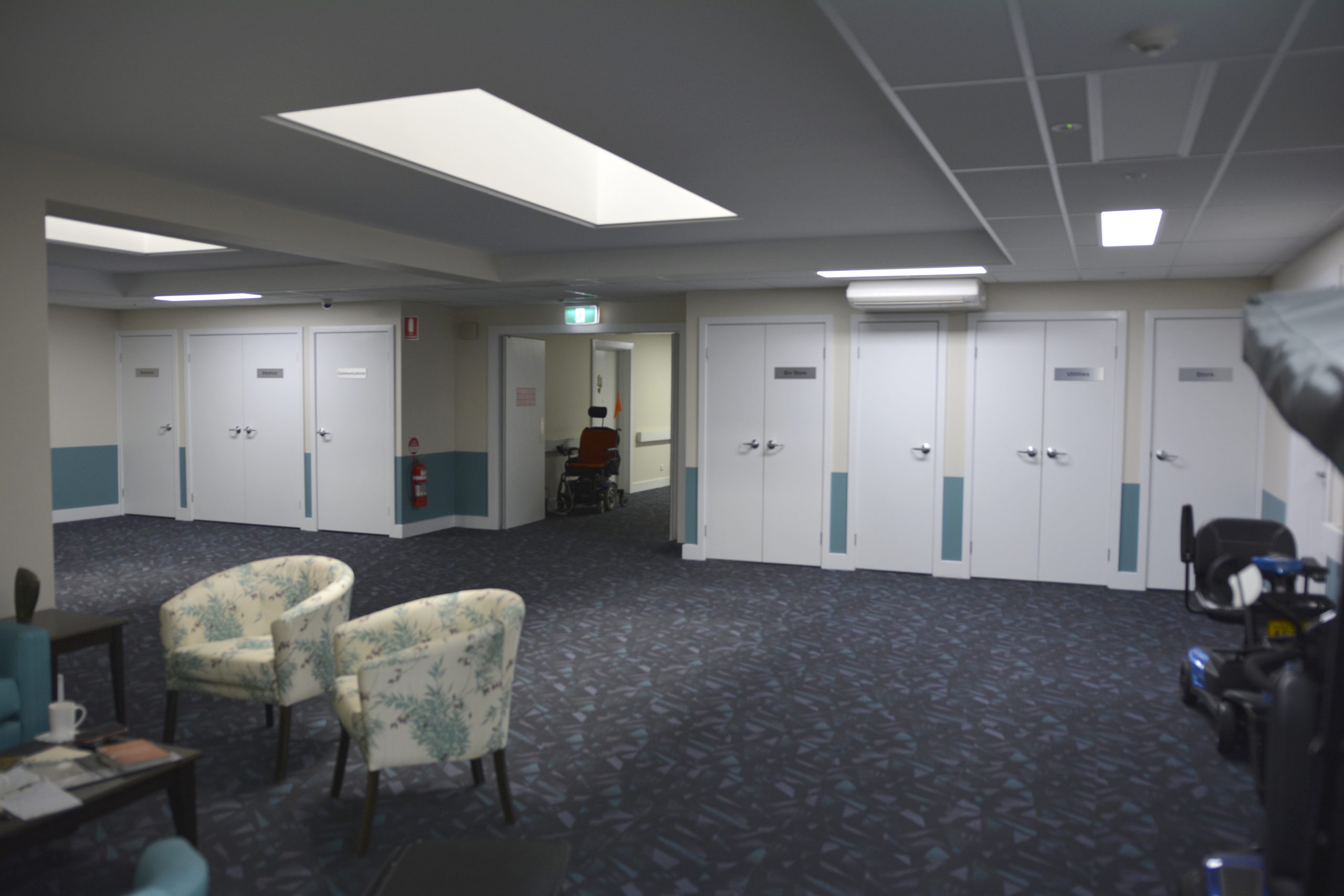 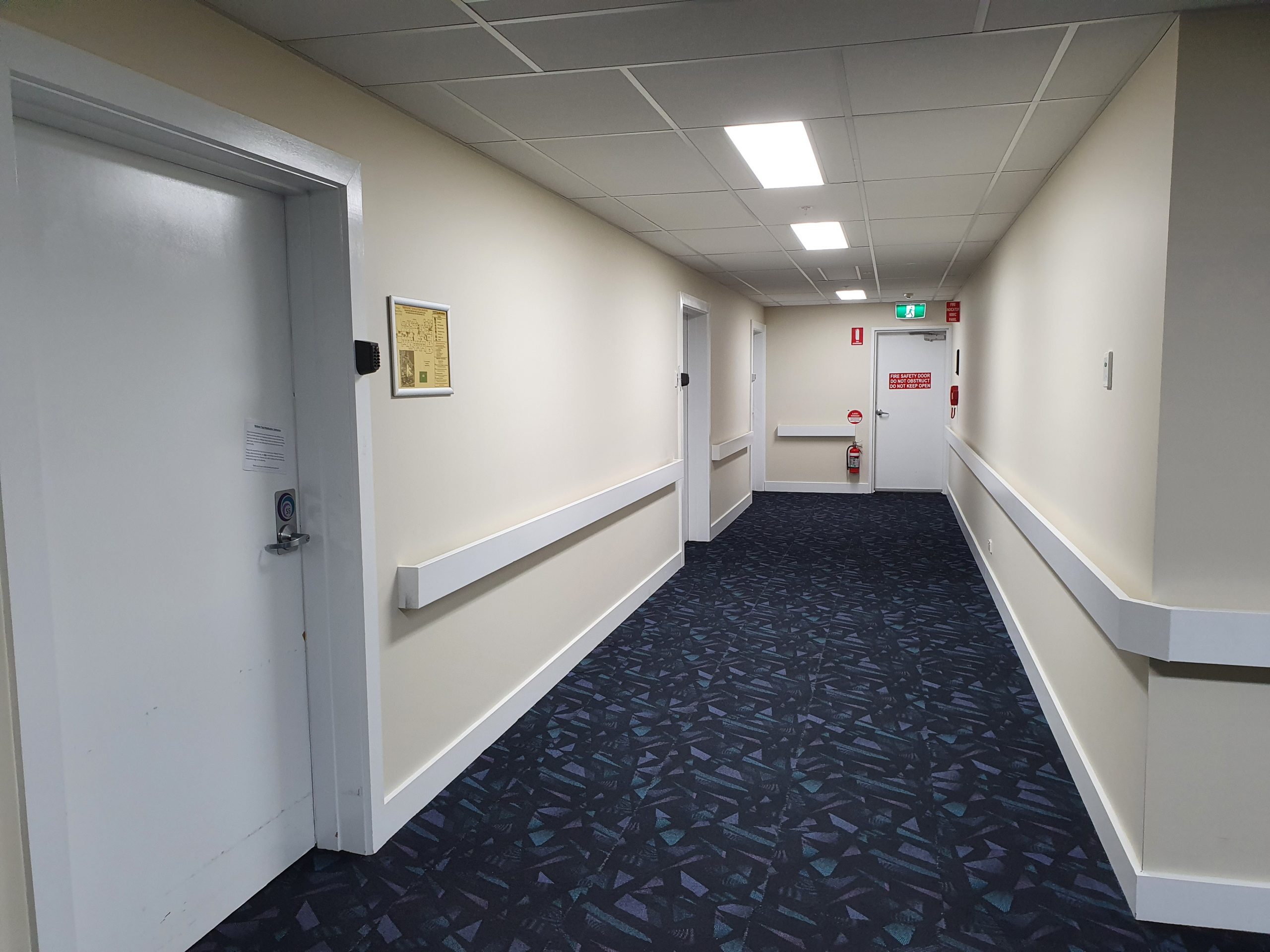 A dim corridor and a lifeless common room area were the focus of our attention for this dementia way finding project. The solution, a cheerful stencilled chinoiserie and homely door wraps for the corridor and a series of beach huts with cloud skylights and a copper patina finish for the common room.

Aged Care facilities tend to be simple and repetitive in design, rightfully considering practicality and hygiene. However, Tailored Artworks and The Mural Shop have developed practical solutions to decorating without sacrificing useability and the safety of residents.

Door wraps are a popular and affordable option when it comes to decorating spaces for aged care residents, with the added benefit of aiding in wayfinding. Wayfinding is important for everyone but especially for dementia sufferers. For those experiencing memory difficulties and confusion, a memorable marker can be fundamental in providing direction and maintaining a sense of independence.  Door wraps are also easily wipeable and easy to care for and apply. 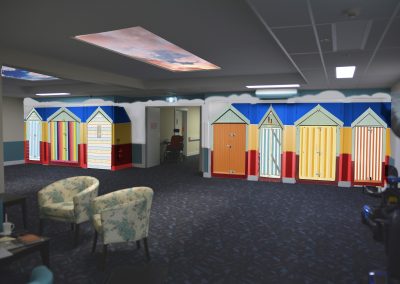 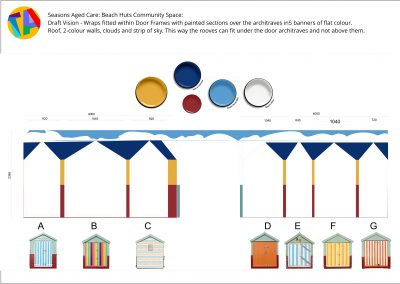 This is what drew Seasons Aged Care at Waterford West to us. They commissioned a series of door wraps for residents which are high quality photographs of real front doors that Sharron found to be full of character. For the common room, a slightly different approach was taken. Cupboard doors took up a great deal of space and after looking at the space, Sharron was inspired to create a beach themed common room, full of positive nostalgia, with the cupboards being transformed into colourful beach huts. The common room even featured a set of skylights which were perfect candidates for glass murals. Since they were on the ceiling in an outdoors-themed room, romantic, fluffy clouds were the obvious design choice.

Meanwhile, in the corridor with the front door wraps, a visual plan was constructed which involved a satin effect turquoise below the rail to create a faux dado rail. Above the railing was a smooth yellow and peach gradient that became the backdrop for a series of intricately stencilled birds and trees. The result was a traditional but vibrant, homely feel with a slight Asian influence.

Both areas are sentimental, memorable and make reference to both the inside and outside world. 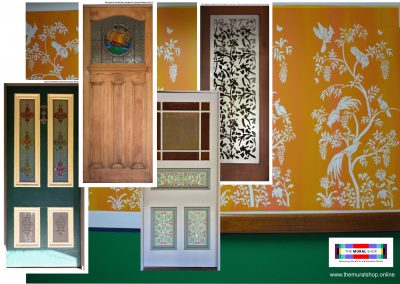 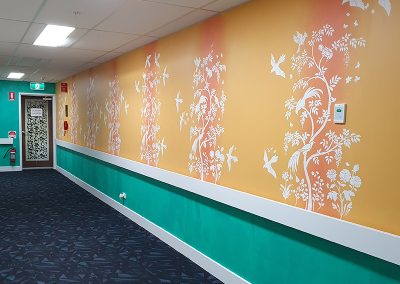 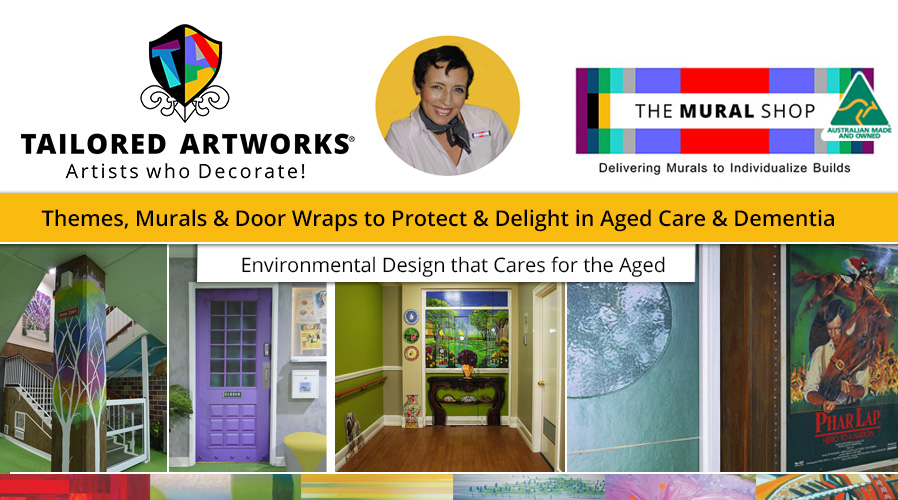