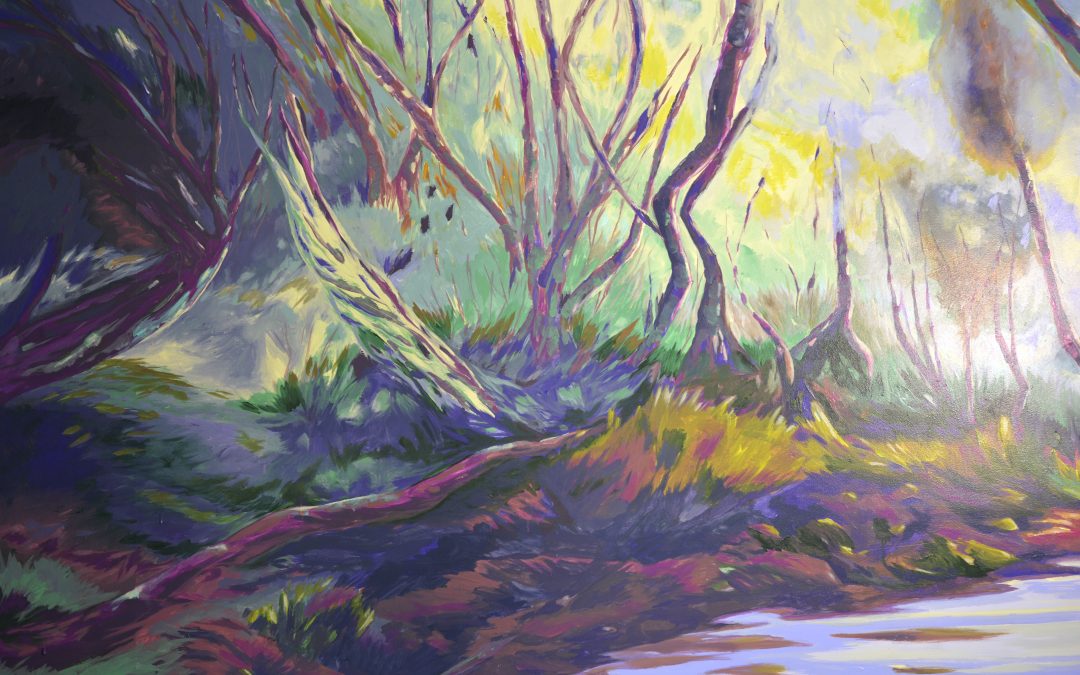 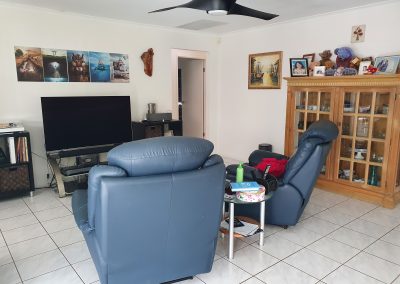 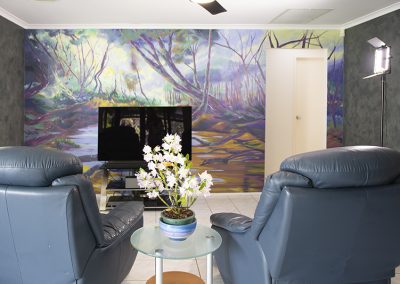 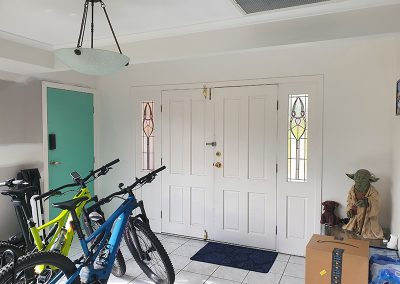 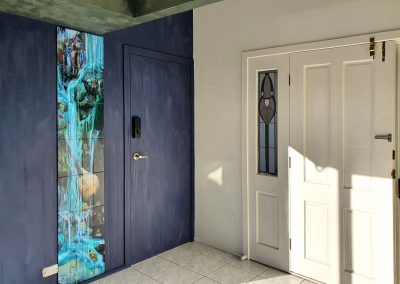 >>The brief:  Steve and Trish’s home at Joyner on Brisbane’s Northside had been invaded by termites, requiring a renovation of their foyer and garage.  This unexpected work prompted their desire to finally get a fantasy forest mural to express their love of nature and… Star Wars!  In fact, Yoda was on vacation at Steve and Trish’s house when we were there – who would have thought it!

>>Our strategy: Excluding the kitchen, this 80’s home had not been updated and so, Sharron decided to offer value throughout by styling large areas with Haymes Artisan Feature walls. At the same time, reflecting the Star Wars home theme- without being literal.  Together we selected the Artisan colours and textures of Surface Brushed Slate Stone, Surface Gravity Blue Velvet and Iron and Rust.

Next, a Vertical Tile Feature Strip with Sharron’s Lute Falls artwork conveniently printed onto tiles through our online shop. Sharron later added little touches of hand-painted mural art out from the tiles across the Artisan texture!  Amazing.  The Star Wars home theme was happening throughout.  Yoda was very impressed.

Next, to add a vibe to the dining room, a Glass Mural on film featuring art about mossy boulders with a pointillist filter applied for a slightly space-age aesthetic. We also chose rugs for the areas.  Then, in stage two, Sharron hand-painted a forest mural and guess who came to help? Yoda!  We got great snapshots for Facebook!  The forest mural brought Trish’s beautiful garden in, created a fabulous sense of depth and magic with its jewel colours and an exciting fantasy style. Steve, who owns www.softwaredevelopment.com.au felt so happy he created this amazing video of his fantasy forest mural for us.

>>The outcome: In the end, Steve and Trish got that more homey feeling they were after, with the Star Wars home theme and their fantasy forest mural.  Yoda thought it felt like his home, far, far away. Steve said, “Sharron and Rosie from Tailored Artworks were fantastic at making our house a home.  Their expertise, advice and general friendliness were exceptional.“  Shucks, thank you, Steve, and we enjoyed our wonderful intellectual conversations with you too : ) 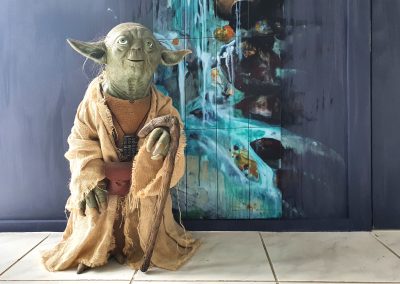 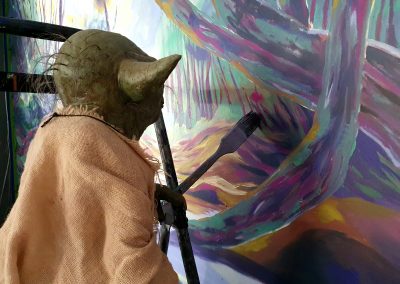 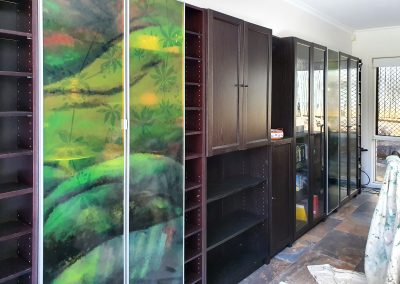 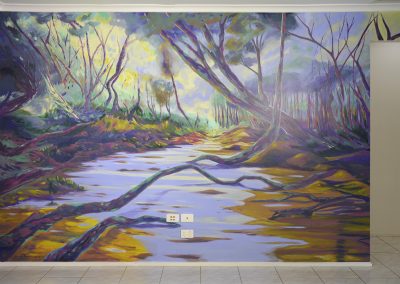